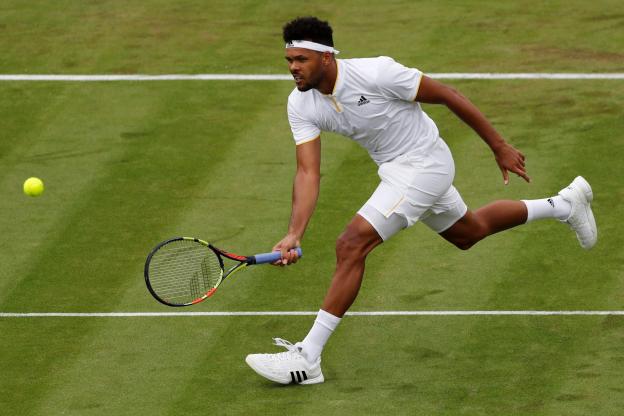 If you’re a netball player, you know how rigorous the sport can be. The sudden changes in direction, constant starts, and stops, swift acceleration, plus jumping and balance. This means netball can take a toll on your body and netball shoes are made specifically to withstand the intense demand of the game. Tennis, on the other hand, is a sport that requires a lot of lateral movements, quick starts and stops, jumps, and skidding. And tennis also being an intense and demanding game means tennis shoes have more focus on lateral support, stability, and durability of the shoes.

Tennis is a game that requires agility, which means you should have a firm footing so that you can be able to control your move and still move fast. This kind of stability calls for shoes that can handle the rigors of the court which will make it easier for you to make the side-to-side moves jump stops, and slides on the court. Tennis is played on different courts; hard, clay, and grass, and each court have its specific type of tennis shoes you should wear when playing on it. Footwork takes up most of the activity in tennis so you need shoes that will provide you with extra support and other features like agility, endurance, and great speed.

Tennis shoes are engineered with properties that make them safe and efficient when you’re on the court. Don’t get confused with regular athletic shoes that people refer to as tennis shoes. If you can buy them at your local shoe store, they aren’t made to play tennis.

More comfortable to play in

Every shoe is designed to perform a specific task and while your regular sneakers are good for everyday wear, they’re limited in their padding, arch support, and insulation. Tennis shoes are designed with all the features that are necessary for the game so you’re comfortable making back and forth movements around the court. Some shoes are also breathable so that your feet don’t overheat or get sweaty when on the court.

Different tennis courts are very different from the surfaces you walk on every day. You will need different tennis shoes depending on the type of court you play on because the hard, clay, and grass courts respond differently to the impact of your feet. The soles of your shoes have good traction which helps with your performance and made to be more durable than walking or running shoes.

Running shoes are made as lightweight as possible so that you’re quicker on your feet, but they’re less durable. Tennis shoes are a bit stiffer so they’re able to withstand a lot of wear and tear which extends the life of your tennis shoes.

Netball is a very demanding sport especially on your lower legs that’s why you must wear the right shoes. Unfortunately, cross trainers or running shoes don’t have the lateral support that you need and even tennis shoes can’t provide side support like a pair of netball shoes. Netball shoes are court-specific shoes that have been made to handle the stop-start and side-to-side movements on the court. Wearing activity-specific shoes improves your performance, reduces fatigue, and your risk of injuries.

Cross-training shoes don’t have the required support needed on a netball court. Netball shoes are designed with a supportive upper that allows free movement of your feet but still provides support in the right places which help to prevent ankle rolling or ankle sprains.

Netball shoes have soles made with high abrasion rubber elements which ensure you have excellent grip while the flex grooves assist you when making rapid acceleration and fast-paced turns when trying to hit the ball.

When you’re constantly making jumps, slides, start, and stops, they can take a toll on your feet that’s why netball shoes are made with unique cushioning technology to provide better support than your average shoes. When your feet are well cushioned, they’re happier when playing and even after the game.

Netball shoes have a wrapped outsole made with durable blown rubber that extends from the toes to the heel area and it can withstand the high levels of friction on the court. A very common occurrence when you’re playing netball is the sliding and scraping of your foot when you’re trying to pivot and this can wear out your shoes fast.

Tennis shoes are designed to be used on the three common outdoor courts; the hard, grass, and clay courts. The shoes are made with more durable rubber in areas that get worn out quickly depending on the court’s surface. The soles are made to be sturdy so that they’re able to absorb the shock and still provide good traction. In netball, most of the shoes are made with highly durable rubber that is non-marking to provide better grip on both the indoor and outdoor courts while tennis shoes are most likely to leave marks.

Tennis has three main courts with different court surfaces that require different types of tennis shoes to play on them while netball has only two courts. The hard court surface requires that you wear tennis shoes that can handle the friction force generated by the constant movement on the gritty surface and the tear.

The clay-court has a different set of features and since the game is slower than on the hard surface because the ground is softer, you need shoes that will provide greater traction and stability so that you can be able to move more firmly on the ground. The grass-court can be very slippery, you need to wear flatter shoes so that you can have better control.

Netball is played on both wooden and concrete floors that need a strong, hard upper sole that will help prevent the wear and tear of your shoes on the courts and improve durability so that they can serve you for longer.

When you’re playing tennis, you will constantly drag your toe on the court ground especially when you’re serving or making overhead shots. For this reason, tennis shoes are made with a reinforced toe cap for protection and reduce the damage made on the upper by dragging. Netball shoes have a wrapped outsole that is more durable that can handle the fast swivel motion when you’re playing netball.

The midsole is very important in netball shoes. You need the same level of shock absorption as in running shoes and an increased bounce-back effect to help improve your change of direction and jumping. Netball shoes have a light and durable midsole to help boost your spring rate with a gel cushioning system to help absorb the impact on any court surface, whereas tennis shoes have just enough cushioning on the inside to keep your feet comfortable with every turn you make on the court.

Tennis shoes can be a bit heavy compared to netball shoes that are lade to be lightweight. This helps to ensure you’re more stable on the ground and the ticker outsole is also beneficial in increasing endurance. Some netball shoes are made with synthetic materials that make the shoes lightweight, flexible, and breathable but with a supportive cage to ensure your feet are supported. The gel cushioning also reduces the weight of the shoes so that there is added weight on your feet.

Sport-specific shoes aim to meet the specific requirements of a particular sport to help improve your performance. Tennis shoes vs netball shoes comparison is a great way of showing you what each sport needs and how the shoes you wear can help you improve each sport.

Can you roll the ball in netball?

Unlike in basketball, you aren’t allowed to roll or dribble the ball in netball. Once you have the ball, you’re supposed to release it within 3 seconds.

How should netball shoes fit?

Netball shoes should have a firm fitting across the width of the shoes. This will help to reduce rubbing and there will be less movement in the shoes so that you keep away from blisters.

What do you wear to play netball?

Most players put on loose polo short-sleeved shirts and short pleated skirts. The skirt gives you more freedom to move around. Some professionals wear a bodysuit so that they can move around the court faster.

Do you need tennis shoes?

Yes, it’s recommended that you wear tennis shoes when you’re playing tennis. If you’re a regular player or you play once a week, you should have a pair of tennis shoes.

How are netball shoes different?

Netball is an intense sport that requires rapid acceleration, sudden and sharp changes in direction, high-impact jumps, immediate stops, and ongoing stabilities and balances. Netball shoes have a much stiffer front than running shoes for better support and stability.

Hi, my name is Leornard!
My love for sports started way back when I was in middle school. I participated in track field and tennis. Some of my greatest and proudest accomplishments during that time were playing against other schools in the state. When I college, I took up tennis as a fun sport or exercise due to my limited time but I still had passion in the sports. Now, I keep up with tennis as a hobby and for my health but my passion for the sports still run deep. I am interested in the highs and lows of tennis and that is why TennisWearguide exists.